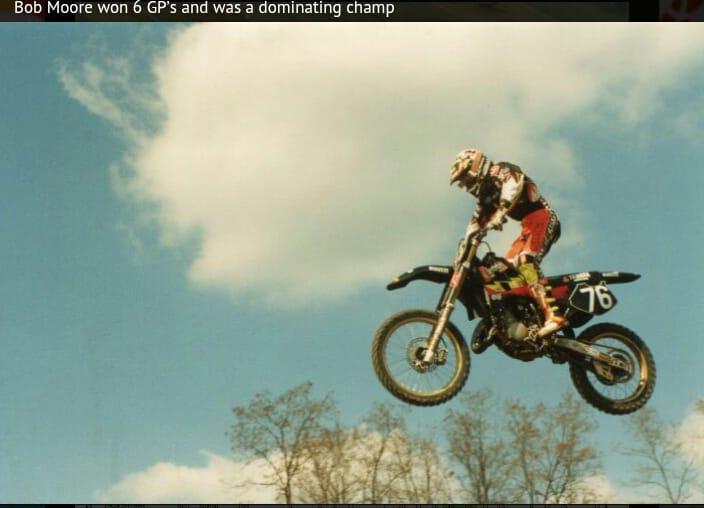 Bob Moore is the 1994 FIM 125cc World Motocross Champion. He competed for 12 years in the FIM World Motocross championships—from 1986 until 1997—collecting 28 individual moto wins in the 125cc and 250cc classes. Moore began his international career after winning the AMA 125cc West Coast title in 1985. After retiring from professional racing, Moore managed the FMF Honda motocross team. He also is co-founder and chairman of the Road2Recovery (www.road2recovery.com), which was created in 2000 to offer support to injured AMA professional motocross and Supercross racers. He is a member of the AMA Motorcycle Hall of Fame Class of 2017.